The name Hawaii will always conjure up certain images — pristine beaches, lush forests, jagged volcanic rocks lining the coasts — but mainlanders are often quick to forget that the Hawaiian Islands are as varied as they are magnificent. While you can expect stunning sights on any one of the major islands, each one offers its own unique experience. Travelers should do their best to keep this in mind when plotting out their time in Hawaii. This is where having an expert travel advisor can make or break a trip. Maybe you were hoping for a small taste of each island, or perhaps you had one in mind where you wanted to spend the bulk of your time. It’s far from an easy choice.

Despite being our youngest state, Hawaii presents a rich, centuries-old treasure trove of history, culture and unspoiled nature — enough to overwhelm even the most seasoned globetrotter. With that in mind, here is a quick look at four of Hawaii’s most popular island destinations and some of the excursions they have to offer. 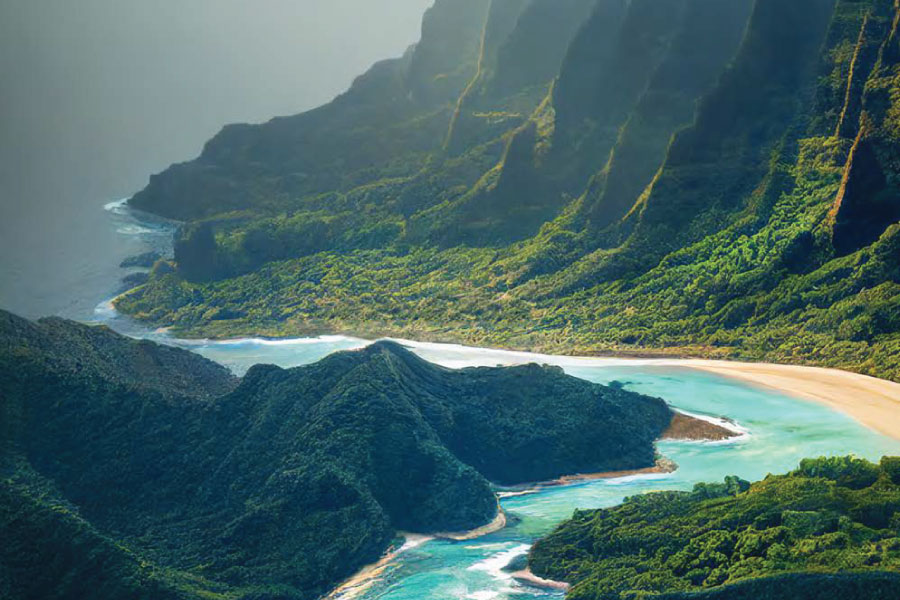 Hope you like coastlines, canyons and jungles! While you’re sure to find beautiful nature on any of the Hawaiian Islands, Kauai can safely claim some of the most postcard-worthy landscapes, earning it the nickname, “Garden Isle.”
It would take far more time than you will likely have to trek every nature trail worth seeing, but the Hanalei Bay area has long been a popular starting point. The bay offers a picturesque view of both the crystal-clear ocean and the surrounding mountains. Swimmers, sailors and sand-sleepers will find everything they need here. Many cultural and historic roots still run through the town of Kapa’a—derived from the word “solid” in the Hawaiian language.

Visitors to this island’s largest town can find it at the base of Nounou (“Sleeping Giant”) Mountain, where it hosts a diverse assortment of hotels, restaurants, and shopping centers.
Of course, a trip to Kauai would hardly be complete without visiting Waimea Canyon, sometimes called “the Grand Canyon of the Pacific.” If the lava-swept plains of the Big Island remind you of the surface of Mars, Waimea Canyon will call to mind something much more imaginative. Try to picture if Mars were covered in lush vegetation. It’s an otherworldly beauty that can leave even the most jaded traveler feeling humbled and lost for words. 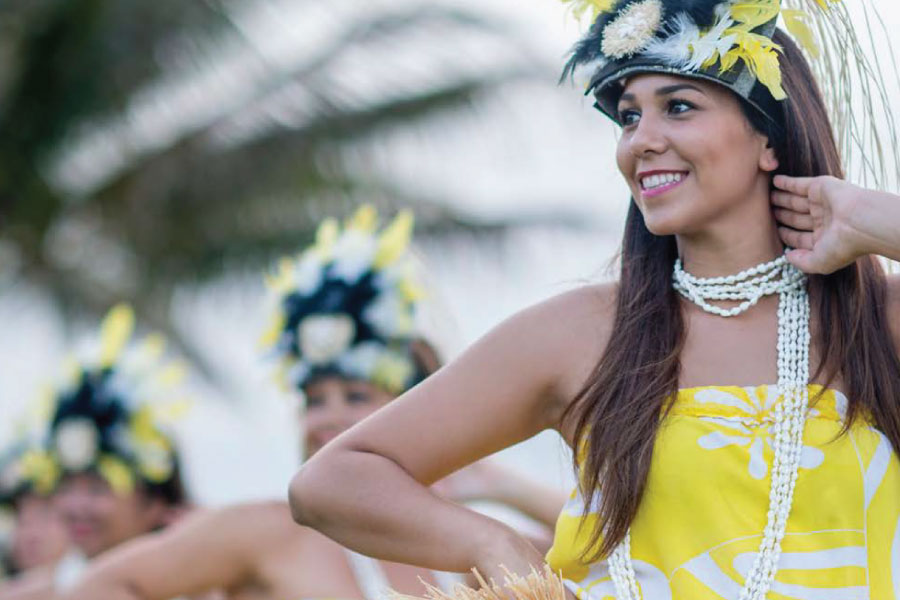 Maui is a beach lover’s paradise. Even though it’s the second-largest Hawaiian island, it would only take a few hours to get from one end to the other. Within this relatively small area, you’ll have close to a hundred beaches to choose from, and if you know anything about Maui, you know the surfing is legendary.

But not everyone is seeking the thrill of the perfect wave. Maui is also home to several arboretums, including the popular and aptly named Garden of Eden, where you can get a sense of what the island might have looked like before human settlement. Or, if it’s animal life you’re after, the whale-watching season typically lasts from late autumn to early spring, as the majestic humpbacks pass through on their annual migratory route.

If you’re hoping to see a little bit of everything that Maui has to offer, there is another option that might satisfy some of the thrill-seekers. Hana Highway, a winding 64-mile stretch of road along the island’s northern edge, can provide some stunning views with plenty to see and do along the way. Just be wary, as driving along narrow cliffside roads can easily fray the nerves of a mellowed-out tourist. It’s not for the faint of heart. 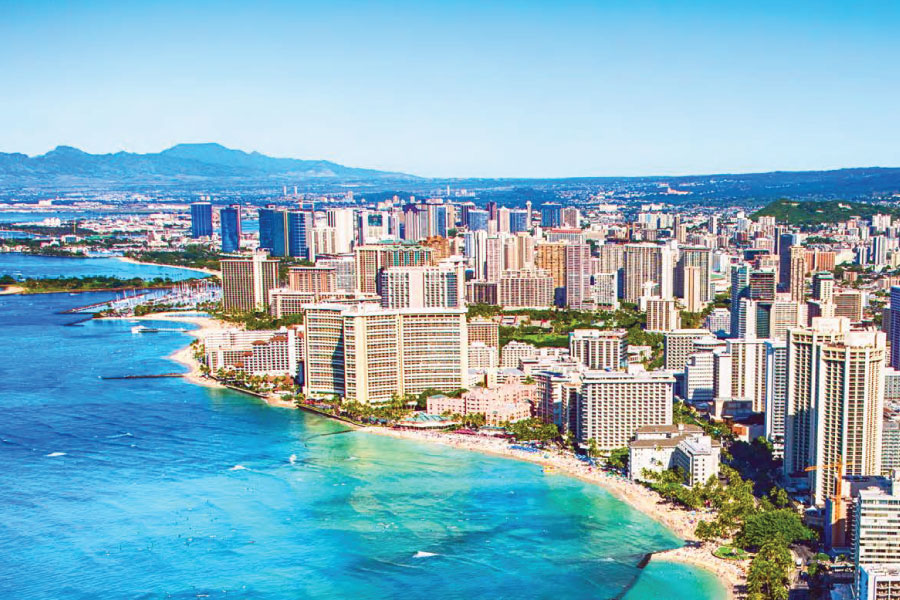 Honolulu, the state capital and the largest settlement on the islands, offers a nice contrast to the miles and miles of unspoiled nature. A fully developed urban center, its cosmopolitan vibe can be a welcome change of pace after days of hiking and beach hopping. But don’t make the mistake of thinking the city is the only attraction on this island. The Waikiki neighborhood offers a vibrant scene by night and day, with sun, sand and surf for the daytime adventurers and a generous supply of bars, clubs and trendy restaurants for night owls. Waikiki beach is beloved for surfing and snorkeling, while the nearby Honolulu Zoo makes a great day trip for families. Not far away, you’ll find the incredible Diamond Head State Monument.

This enormous volcanic cone has inspired hikers, photographers and songwriters alike, and it’s easy to see why. One glimpse into its mighty crater and you’ll quickly realize that you’re seeing something you can only see in a few places on earth.

A little farther down the coastline, you can find Iolani Palace, once home to a series of Hawaiian royal families. Though it’s not the largest building in the neighborhood anymore, its radiant architecture still manages to make it stand out among the surrounding high-rises.

Pearl Harbor hardly needs an introduction, but if you want to pay your respects to those who lost their lives on that tragic day, the Pearl Harbor Memorial gives you the opportunity to do so while also admiring the site’s creative architecture.

And if the somber sight of a war memorial gets you in a contemplative mood, you’re sure to be moved by Valley of the Temples Memorial Park. This park is home to memorial shrines from various world religions, including Buddhism, Catholicism and Shintoism. The Byodo-In, a large Buddhist temple, is one of the most visited religious sites on the island, both for its spiritual significance and its tranquil grounds nestled in the green mountains of Oahu’s southeastern region.

Suffice it to say, Oahu is similar to the Big Island in that it offers a little something for everyone. The only challenge is deciding how to spend your time.

OUR TRAVEL AGENCY CAN HELP YOU PLAN YOUR PERSONALIZED ESCAPE.